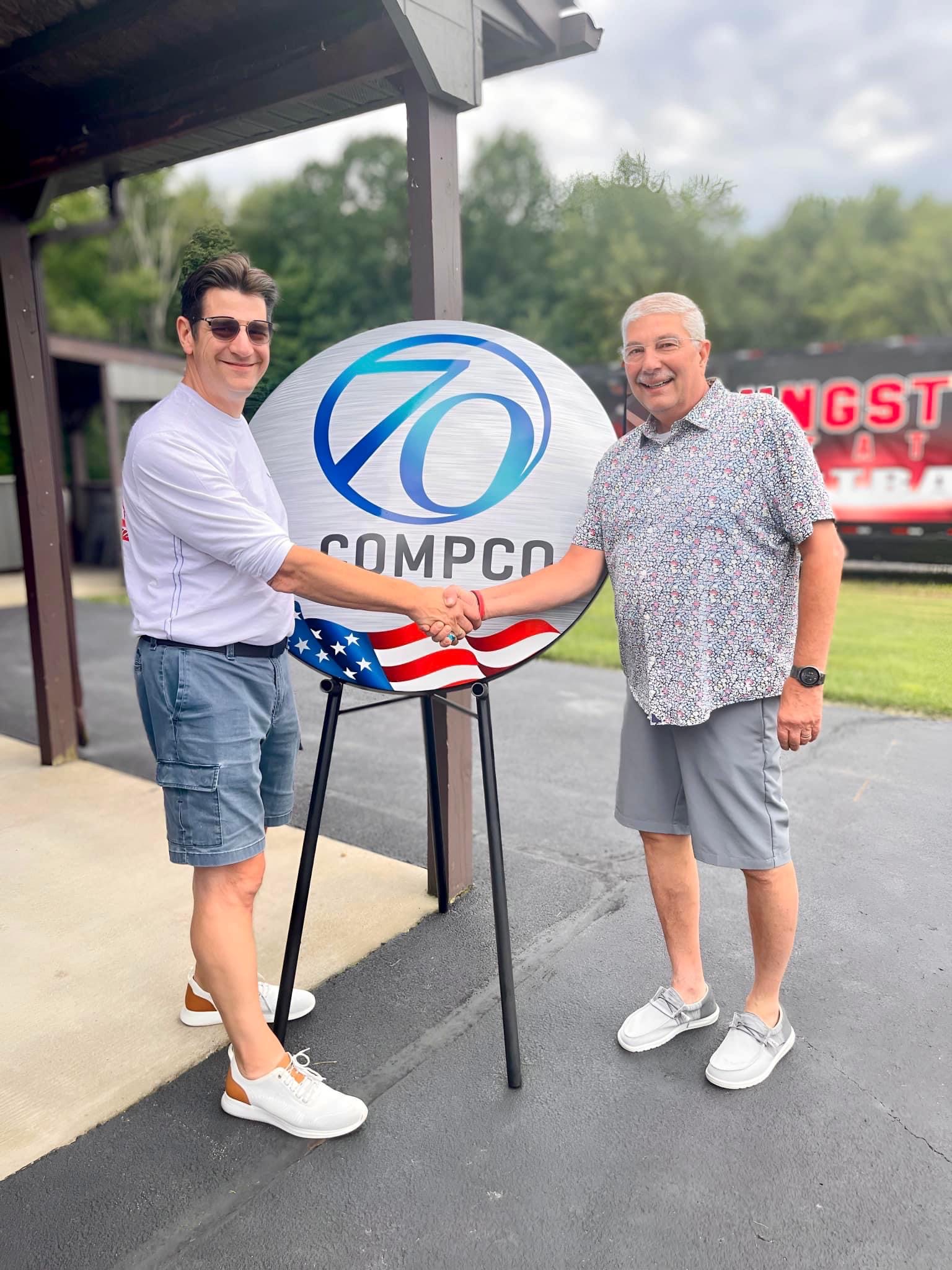 Seventy years ago, it all started with metal stamping pipe hangers. Martin Poschner and The Commercial Piping Company couldn’t get the pipe hangers from their supplier, so he along with CR Smith, Sr. put their heads together, to produce them. The next step was to buy a press.

Once they had the press, they also had excess capacity. It was natural to expand that into a new company, Compco.

After the initial Clevis Pipe Hanger of 1953, Compco made many other metal stampings.

Metal stamps we produced, just to name a few:

We started making tank heads in the late 1970s. Many customers have changed names, changed ownership, or closed their doors. We are honored to have several customers today that we formed partnerships within the 1980s.

Rob Folsom, a Compco retiree, remembers Jim Greene, our then V.P. of Sales as the ultimate salesman. “He could sell snow cones to an Eskimo,” Rob says. He was tenacious and loved to find new customers and knock on doors. He outsold our competition to gain business and is responsible for many customers we still have today.

Before technology swooped in, the sales team used “Customer Cards” to place orders. A customer would call on the phone, and the sales team would pull the “Customer Card.” It had which press the job ran on, how to wash the parts, and anything else production needed to know. The salesman would write down the quantity being ordered and make ditto marks across the card, noting that the rest of the information stayed the same.

“It took 10 minutes from taking the order to getting it to the shop,” Folsom said.

From the days of Jim Greene and inside salesman Bob Crosby to today, order entry has changed in a big way, from computers coming on the scene to a cloud-based ERP.

Technology has changed some things, but the value and emphasis on customer relationships have not wavered.

Today, our entire team works to maintain and grow customer relationships, and we know this will be our key to success for the next 70 years.

“We’ve enjoyed sustained success together and credit for that feat goes to many, many people. After all, Compco is nothing if it is not a team endeavor.”

Greg Smith, Compco Chairman of the Board