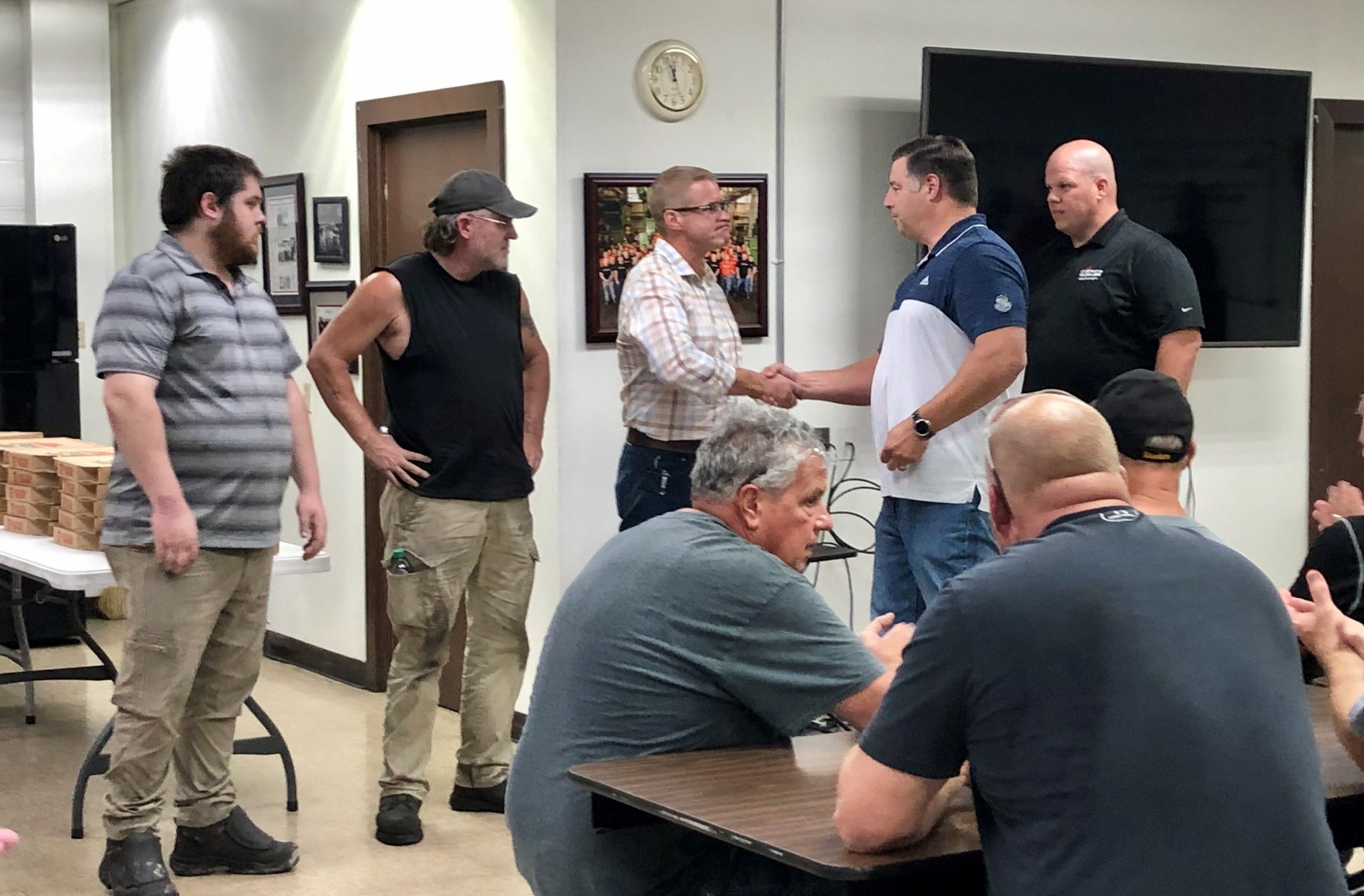 During our July All-Hands meetings, we honored new team members who have served in the military or as first responders with Compco Challenge Coins.

The Compco Challenge Coins are given to members of the team that have written their name on the “blank check,” said Rick Kamperman, who is the grandson of Compco’s founder and a Compco team member.

The Smith family has a long history of helping to build communities and honoring members of the team who have served in this way.

As a result of COVID-19 and social distancing requirements we haven’t been meeting in person as a whole team. It had been more than 18 months since our last Challenge Coin ceremony.